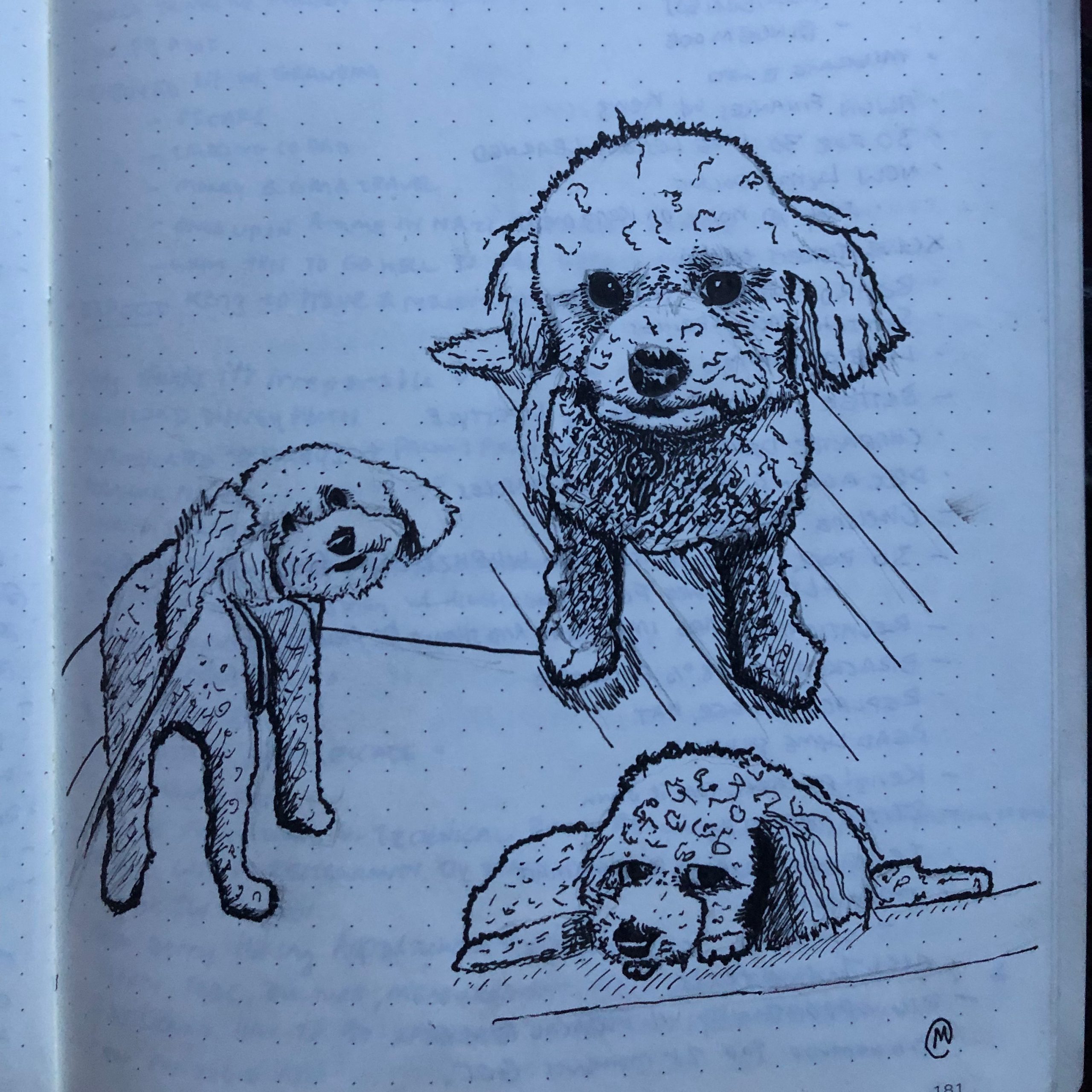 Quality Time is a Myth 🕒

It’s midnight on a weeknight and I’m in less of a hurry to get to bed than I should be. I’m sitting at my workstation in the second bedroom lit with the diffused glow of an incandescent lamp positioned behind my computer monitor.

She’s a small thing, like my own personal cloud. Bailey, our Bichon, is there staring at me. She’s found her way from the bedroom, where Mackenzie is sleeping, to me in the office.

And now she’s staring at me.

She growls, but in a friendly, slightly-annoyed way, as if to say “Why don’t you throw the ball already?”

Bailey is on Bailey time. And if I’ve learned anything during our time together, it’s that Bailey plays when Bailey wants to play.

Now, being the lazy dog that she is, she’s not often looking for such cardio. She’s often content to lay alongside me during the day on the blades of sunlight shooting through the blinds and onto the carpet.

Of course midnight on a work night probably isn’t the best time for play, but I can’t resist. I love her bursts of energy.

I close all the doors to the office so as not to disturb Mackenzie and we get to it. I’m sitting on one side of the floor, she’s in the middle of the room and I lob the mini tennis ball she’s brought across the office. It’s not much space, but it’s enough for her to zoom. Think NASCAR.

We play for five, maybe ten minutes and then it’s over. Bailey’s tired and I take her to bed.

These little moments are precious to me. I know Bailey won’t be in our lives forever so I cherish every moment that she’s here.

I cherish the times we walk around the block early on a workday before I get to it. It’s like 5 minutes every morning with my friend.

Then, on the days when Bailey’s chosen to sit in my office instead of Mackenzie’s, I look over to see Bailey snoozing in her bed. Those times make me smile. The other times when I turn and she’s staring back at me mean-mugging make me laugh. It’s as if she’s saying “This time is my time. Why aren’t you focusing on me?” Never have I met a dog with so much personality.

I sometimes forget that we can’t manufacture special moments. We can’t pick and choose which moments are mundane and which are extraordinary in the same way that we might sort good produce from spoiled.

Bailey never fails to remind me that rather than plan for quality time, every moment is precious.

As I carry her to bed, feeling every ounce of her eighteen pound frame in my arms she reminds me that ultimately what matters is the small moments that we collect across a lifetime. Small moments like Midnight Play.

Written while listening 🎧 to the 2022 Winter Olympics.