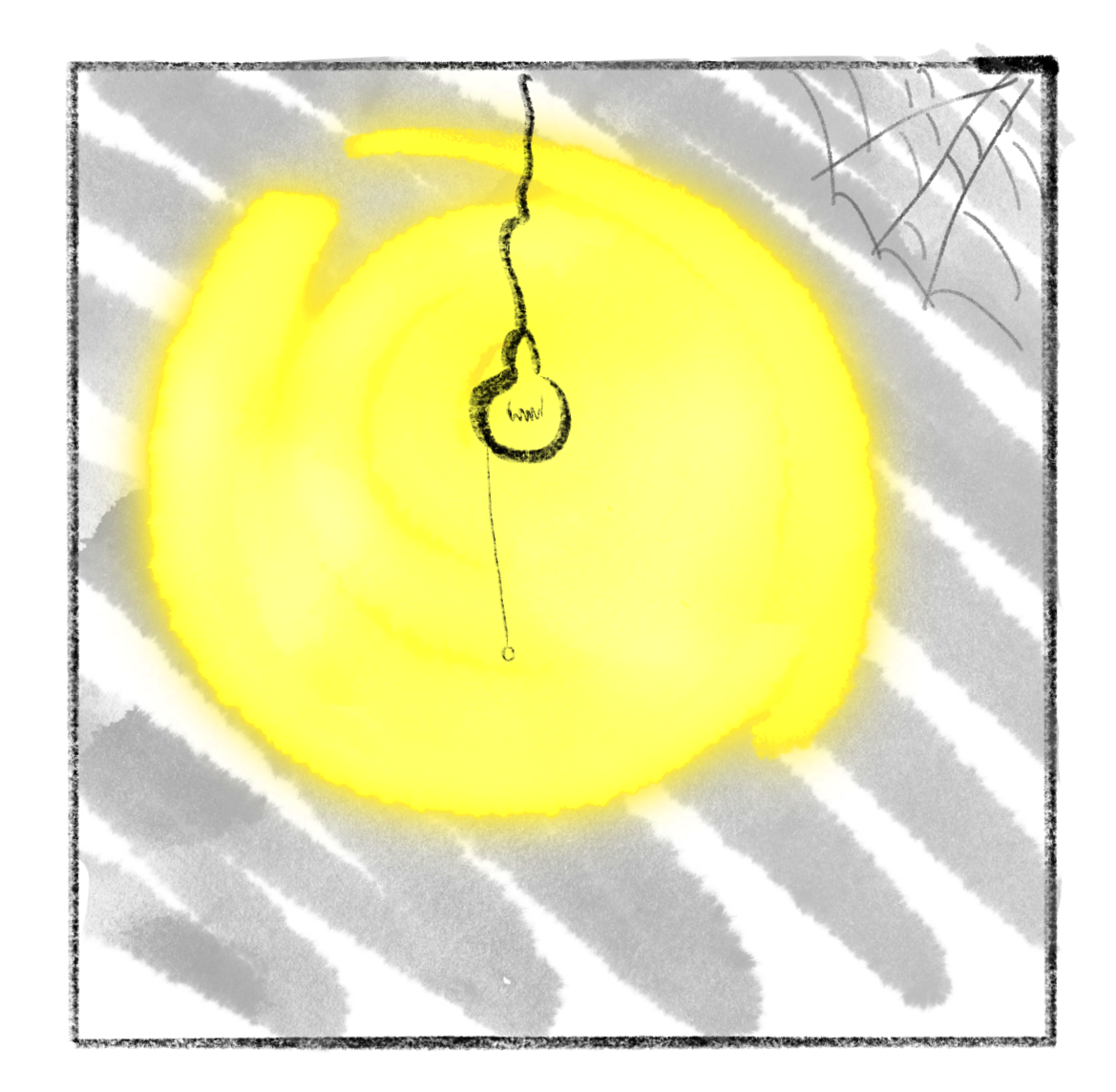 How to Overcome Fear & Insecurity When you are a Content Creator 😨

If this stuff I’m making is intentional (as decided by my brain) then why is my brain (the same brain) freaking out? Does it matter? What can I do about it?

I had decided making stuff was worth it so I started. Then came the doubts. First in small waves. Then bigger waves and bigger waves until I was ready to walk away.

While my brain totally understands that, it still asks me constantly: Y ARE U EXPOSING ME LIKE THIS????? I LIVE INSIDE YOUR HEAD FOR A REASON!!!

If this stuff I’m making is intentional (as decided by my brain) then why is my brain (the same brain) freaking out? Does it matter? What can I do about it?

Well, my brain (and presumably your brain) can be divided into three separate piece of meat.

The tension in my shoulders and the emotional distress I have with making myself vulnerable as I write this cannot be rationalized away.

Quit now, you don’t have anything to say and you don’t want to show people what really goes on inside here.

So if I can’t think myself out of this situation what do I do?

What is stress? Stress results from the fight-or-flight (sometimes freeze) response from my lizard brain. It’s the signal that the lizard 🦎 sends when it senses the threat of death ☠️.

Makes sense. So, am I going to die while (or because of) vlogging?

Mmmm probably not. Seems like a flimsy premise at best. (If that were a movie I wouldn’t buy it.)

So let’s see. If not death by vlogging, of what then am I afraid?

What I am afraid of can broadly be broken down into 3 categories.

1) Negative Perception by Others

Judgement is by far the biggest thing in this category. So…

What kinds of things do people judge?

People judge people…for wearing Crocs…for being different…for turning without blinkers… for having new ideas…for listening to loud music… for success… and for failure.

People love to criticize. People who try something do these hypothetical trolls the service of giving them something to aim at. It’s quite generous, really.

The rational part of my brain would say to them, “You don’t know anything about my circumstances. How could you possibly make an informed judgement about me?” And it goes both ways. As far as I know I’m in communication with Skynet 🤖 when I’m engaging with “someone” online.

I can’t rationalize these away because there are too many and when I spend time and energy addressing individual thoughts it is suffocating creatively (and pretty close to what I experienced with OCD which is something I want to stay far [far!] away from).

The biggest real-life consequences associated with this are to income security and safety.

Yes, my employer could see this. That’s a very real possibility. This blog is one of the first things that pops up when you internet search me. But do I live in a totalitarian state? No. Is my free time, free time? Yes. As long as I’m careful about what I say (which I am, I’m a project manager for Pete’s sake. It’s the name of the game), then I see no problem. Any company that would have a problem with this is not an organization I would want to be associated with.

And that concludes my rational brain’s 🧠 presentation. Let us get on to the other 2/3 of my brain, the real troublemakers.

I know I’m not alone in my insecurities because this is a favorite topic for online creators (example, another example). Some are successful in rationalizing it away I suppose, but even after looking at it through a critical lens 🔍 I’m left with the emotional and limbic distress.

I still feel the same. (I’m using ‘feel’ to describe my emotional and limbic response).

The Wilderness of The Emotional and Lizard Brain

My rational brain is the part designed by a bunch of engineers. It contains structured data sets, geometric shapes and well-defined concepts (like the logical steps to make the best PB & J sandwich. Really critical stuff). It’s a place where square pegs fit into square holes and everything makes sense. If we step away from that into the wilderness we come across two camps.

Those camps are Camp Stimulus and Camp Response.

Camp Stimulus is all the stuff I can’t control.

Camp Response is all the stuff I can (consciously or not).

I can’t control what goes on in Camp Stimulus. However, I can decide whether to interact and how to interact. Hypothetically I could disengage from stimulus as Henry David Thoreau did when he absconded to Walden Pond. But…

Truth is… I like to engage with Camp Stimulus.

Engaging with Camp Stimulus is how I expand my world and broaden my perspective. It’s how I entertain myself (why else would I get on Twitter?)

So, what do I do about the stuff I don’t like at Camp Stimulus?

I can’t disengage entirely (and if I could, I’m not willing to). It’s like the roadrunner painting a tunnel onto an obstacle. It helps her buddy the coyote ignore the obstacle, but at some point the coyote’s going to run right into it. And it’s going to smart. It’s better to engage with the obstacles than to ignore them.

What are the worst things that someone could say to me?

Okay. So let’s assume these hypothetical haters are right for a second (Hi haters! 👋). Let’s say that I am what they say I am. Let’s say…

I am human. I am all those things. If I close my eyes and sit with those hypothetical judgements, it hurts. It makes me a tear up.

After a few minutes of staring into these judgements…there’s nothing left. I expect some kind of consequences, like Thor’s hammer to strike me down, but it doesn’t come.

Technically speaking, this equates with what the Stoics call Negative Visualization. Negative Visualization is visualizing the worst case scenario to help prepare yourself mentally and emotionally should the day unfold in that way. It’s not (only) the negative that causes emotional and limbic feelings. It’s the huge swing in expectations. If I believe I am hot shit, that I am God’s gift to the internet, then when judgement comes it’s going to hurt more. It’s the same reason when we’re checking into a resort (perhaps at Camp Stimulus?) on vacation that I get upset over trivial bullshit. I’m in resort land separate from the real world where everything is perfect and nothing can go wrong and… WHAT DO YOU MEAN THE LOBBY ELEVATOR IS DOWN?!?!?!

If I expect the negative then wandering around Camp Stimulus is much less scary (elephant graveyard and all).

So what about Camp Response?

The Bridge Between Stimulus and Response

Negative Visualization is the sky bridge between Camp Stimulus and Camp Response. A reliance on Hopes and Wishes is the scary wooded route under that bridge. Sure Hopes and Wishes sound great, but they also lead to those huge swings in expectations that lead to larger-than-necessary disappointment. Point is, either way we go from Camp Stimulus to Camp Response we’re going to have a reaction when somebody says something hurtful. We can control the extent of that reaction though our choice of route.

We can control the extent of that reaction through our route choice. I did not say that we can eliminate the reaction. I am not a robot who is dead inside, devoid of emotional or limbic capacity (nor do I aspire to be). In fact I am a very emotional person. So I’m bound to have a reaction. And when that reaction comes…

Maneuvering Around/Through/Over The Obstacles Along The Way

Listen to me when I say—Just because there is pain does not mean that there needs to be suffering. What does this mean? When someone hits you with something it’s going to hurt. (In this case I’m talking about words not sticks and stones). That’s the pain. The suffering is what comes after. The rumination, the fear, the avoidance. All of that is optional. Of course knowing that doesn’t make it easier to deal with. You can’t grow a thicker skin just by being aware that you don’t have to ruminate. But, you can grow a thicker skin (metaphorically. I’m not sure about literally growing thicker skin). Each obstacle that comes your way is an opportunity to de-sensitize your response to obstacles.

Do Not Make it Worse

All we need to do in the mean time until us thin-skinned folks develop the meat shield is to not make it worse. A common reaction I have when I encounter an obstacle is flooding. Flooding is when you’re over taken by your emotions and you won’t engage with reason. The most important thing to do when you’re flooded is…nothing. Don’t make it worse. Don’t feed the trolls.

Another tendency I have is to obsess over my thoughts. Picking up my thoughts one by one and attempting to explain them away technically works, but there are so many that it really mucks up my brains mental processing power. It’s like having Twitter open on a hundred tabs on my computer. Yes, it can be done, but is that really the best use of my computer’s processing power? Do not obsess over individual thoughts.

Why Bother With All This?

All this talk of obstacles and sticks and stones and challenges kinda makes it seem not worth it.

It’s easy to get caught up in the negative. For me it helps to have a strong sense of purpose whether that is a strong “why” or a strong vision, or both.

At the end of the day, I decided this is something I want. The critic(s) on the other side just found me while they were browsing on the internet and decided to lob a pot shot my way as they were passing by. That’s fine. I’m not going to let it ruin my day (or my future days). And I’m not going to turn off my comments. Half the fun of the internet is the comments section (RIP ESPN comment section).

I am going to fight for this. I am not afraid of hard work. I believe in myself to figure it out. I believe that what I am doing is good. I am grateful to get the opportunity to do this.

Putting myself out there is fun. Going out onto a limb is fun.

So I’m going to forge on ahead. Fact is, shining a light on these fears helps me realize how little depth there is to them. No one can criticize me in a way that I have not already criticized myself.

As they say, the race of life is long. It’s primary sponsors are Camp Stimulus and Camp Response, two equal partners along for the ride with me. I can’t possibly predict everything that’s going to happen. I just have to take it as it comes. One thing that’s for sure is that the House of Insecurities where my fears live is on the route.

Written while watching 📽️ The Terminal.

P.S. If you have nothing nice to say, remember you’re not required to be here (maybe go get some ice cream and reflect on yourself).