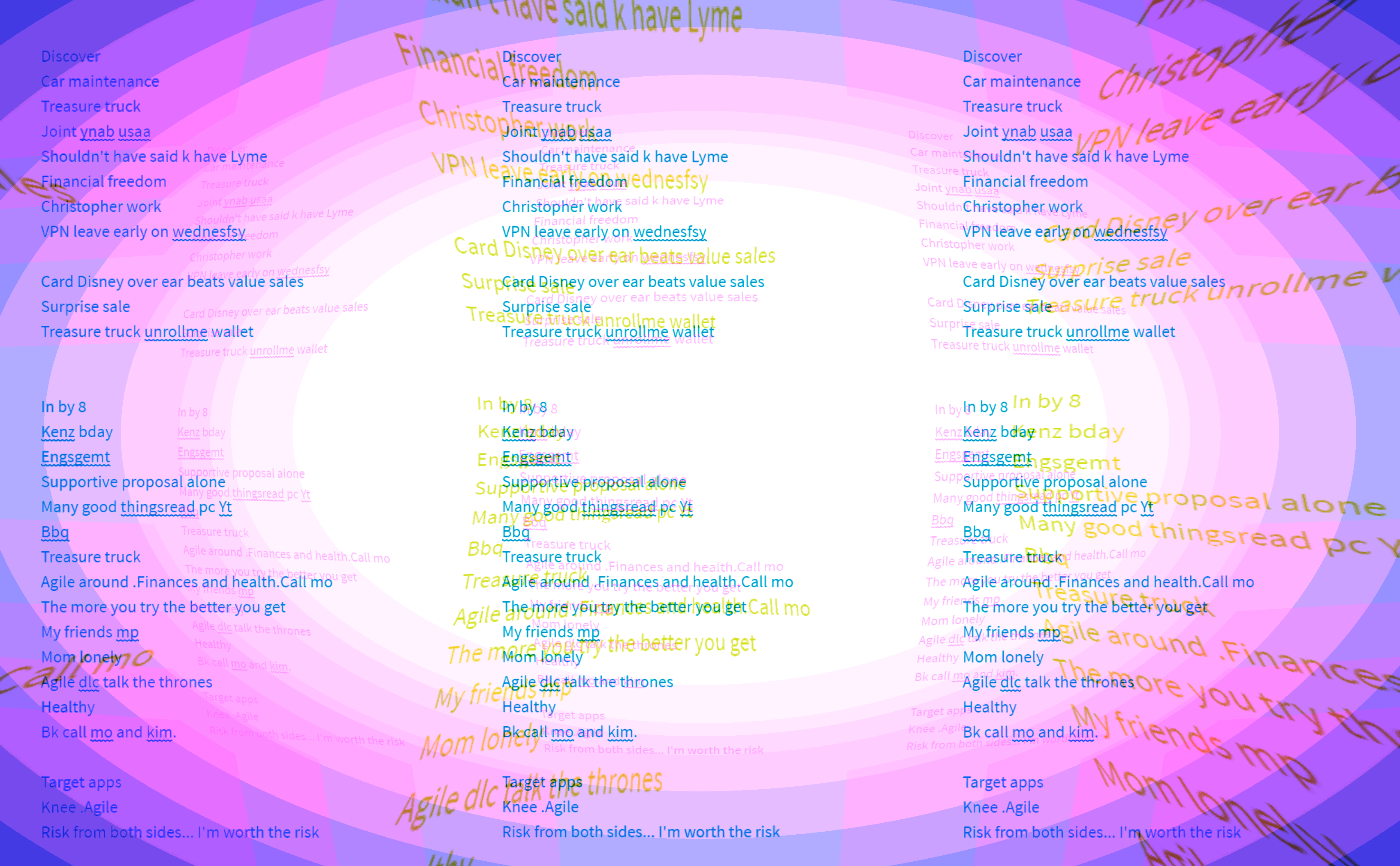 How I Knew I Needed Help with Obsessive Compulsive Note Taking

Note taking is a part of normal life. It can be done in a healthy manner. For me it started that way and devolved into a deluge of intrusive thoughts that overwhelmed me and interfered tremendously with my ability to live in the moment.

It’s 2020 and I’m 30 now. I’ve been seeing a counselor for 3ish years to work through the different manifestations of my OCD, picking them off one by one. Looking back, there’s not a particular moment that I can single out where my life path forked and I ended up on this rocky path. The best I can tell, is that it started towards the end of my college career and the beginning of my time in the work force around 2012-2013. Maybe it’s because the time for me following university was a whirl wind of change. New city. New job. New partner. New independence. New everything.

The purpose of this isn’t to pinpoint the start, because I don’t think I needed help at the start. Rather, I establish what I think was the start to see if I can help us better understand where things went off the rails. Looking at all the change, all the flexibility, all the uncertainty that was introduced into my life so quickly, I think the lion’s share of my anxiety can be attributed to my job.

In school from K through college I was always studious. I didn’t really question why I was trying to do a good job, I just took whatever was in front of me and tried to do it as well as I could. I relied on the structure of school to harness my personal entropy towards something meaningful. When I started my career as a software consultant out of college I lost a lot of that structure. Suddenly my life wasn’t structured into semesters broken down into courses with defined outcomes. Formal training was minimal. It was on me to absorb as much as I could on the job. And there was a lot to absorb.

I forged ahead the way I had learned to in college. By taking notes. A lot of notes. One of the benefits of retaining my notes over the past couple years is that (however disorganized they have become) I still have them and can see the descent from a place where there was some discernible structure into a place where I was clearly overwhelmed.

It looks like there was a gradual inflection from taking notes to retain information for a useful purpose for next time to a time where I was using notes as way to assuage anxiety.

It helped that my company provides spiral bound notebooks for us to use on the job for note taking. Pretty soon I was going through notebooks more and more quickly. It got down to where I’d be done with a standard spiral bound notebook in just a few days. Even if I wanted to reference what I had written, there was no structure to my notes. And with the sheer amount of notes, there was no time to reflect on them and gain anything meaningful from them.

I was embarrassed by the note taking, so I would hide my notes from others as well. Not only could I not benefit from anything meaningful written, no one else could either.

I felt like a mess, but I still thought this was pretty normal. I was still getting good evaluations (read: grades) at work.

Time passed and and as it passed there came a wider gap between my note taking and the reasonableness standard I had in my mind for what healthy notetaking was. Occasionally people would comment and compound the reflex I had to hide my notes. I was accumulating more and more notes and spending more and more time working through them. I was spending less and less time on things I valued and facing more and more anxiety.

I seldom referred to my notes. Even if I wanted to I couldn’t find anything, compounding my anxiety.

The impulse to write things down spread like a wildfire to my personal life and to everything. I started taking notes on things that are mostly inconsequential. I’d sit down to talk with friends and keep my phone out, taking notes on the conversation. And when I wasn’t taking notes actively, I’d queue up thoughts in my head and aim to take strategic bathroom breaks to download all that stuff into my phone. If I forgot something (or felt I forgot something) when I was doing these mental gymnastics then I’d start to spiral. I’d get hung up on that thought and I’d spend all day ruminating on what I possibly had forgotten.

I didn’t allow myself to get to the point where I couldn’t function in a job or in a relationship, but I was at the point where I’d drive around town and I’d constantly see places I’d like to visit or be reminded of things I needed to do and queue up these thoughts while doing something as routine as driving from place to place. If things continued down this path, it would only get worse.

When I came more to terms with the fact that something was wrong I struggled to find a label for it. I did some googling and found different things and a lot of things that weren’t particularly useful. I found hypergraphia. I found that Tim Ferriss described that himself as having hypergraphia and didn’t see it as an issue. I questioned again whether or not what I was doing was normal or if it was even a super power (spoiler: definitely not a super power).

Eventually I decided it was OCD, despite it not being one of the classic types like hand washing. I stumbled upon Dr. Grayson’s book Freedom from Obsessive Compulsive Disorder. I decided to work my way through his book and self treat (in private because I was ashamed). I struggled through the book (reading was a challenge, constantly being interrupted by keywords triggering other things for me to remember and write down).

I won’t summarize Dr. Grayson’s methodology here, but I will say that I gave it my best shot. It confirmed for me that what I was dealing with was either OCD or closely related. I had middling success. It was good, but it was hard to get traction. One thing I was missing was accountability. I didn’t feel comfortable working through it with anyone in my life (partly out of shame, partly because I didn’t want to put the burden on them). I still wasn’t ready to commit to seeing a professional.

Fast forward to the next Christmas. My partner suffers from a chronic illness that remains a mystery to us. She does her best to manage it and we do our best to manage it together, but it’s not a cold and there’s no silver bullet. We continually try different things to push forward her treatment, but a lot of the time what we’re doing is managing her symptoms. It’s sometimes frustrating and sometimes disheartening, but I’m constantly trying to encourage her to not give up on seeking treatment because as they say if you don’t have your health, you don’t have anything.

What clicked for me that Christmas was that I was being a hypocrite. How could my encouragement possibly ring true for her that she should make her health a priority when I wasn’t making MY health a priority. I was subsisting (at best) with what I was convinced was full blown OCD yet I was not taking my own advice to step out of my comfort zone and seek help.

I don’t know if it was any particular nadir, but that New Year’s my resolution was to seek help. So I googled and I called someone on January 1, 2017.

I started seeing my provider a week later and never looked back.