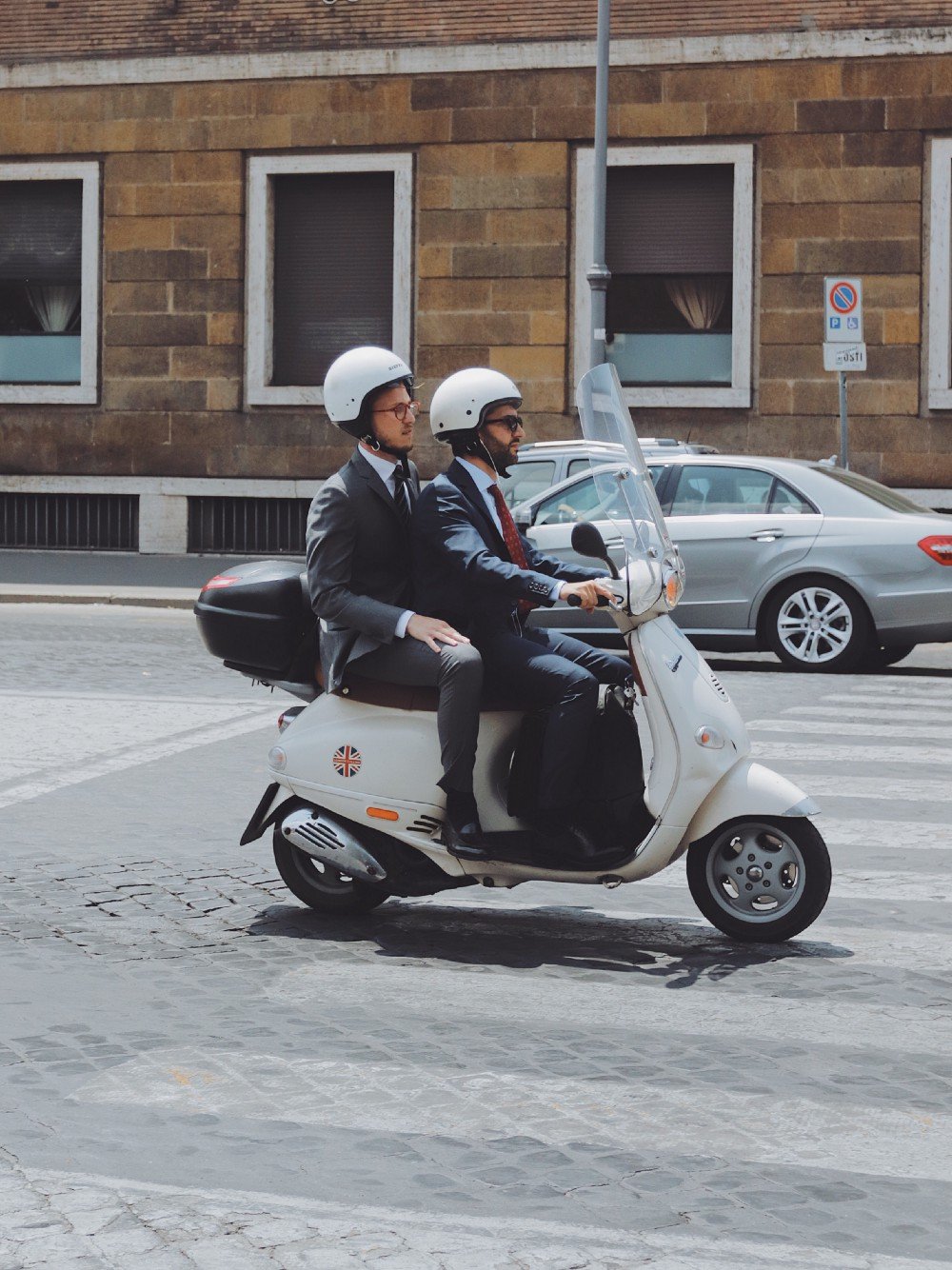 Have the Courage to be 10% Different

I’m Michael and I’ve found some time in between podcasts, YouTube and streaming content (plus my own incessant thoughts) to stop and write this. I’m in the eye of the storm of content amidst the choppy seas of influence. There are so many things going in my ears and out the other side that its hard to tell what’s my inner monologue and what’s not. If I’m compelled with courage, I might throw on some background music to help me focus — some noise to drown out the noise.

The point is that I find it hard to think independently. Even when I successfully unplug my brain from external stimuli, I can still feel their influence, like a train whirring down the tracks even after the engine is extinguished. That leads to my actual point, which is that when I find myself stuck succumbed to the influences of the outside world I have a difficulty differentiating what makes me me from what I’m influenced to be.

As I sit here, still relatively unplugged from the buzzing of the outside world I can still feel its pull, like residual charge in an electronic after it’s been unplugged. In this moment I am, in a sense, unplugged. I’m not out in the woods, off the grid away in the corners of the world safe from cell phone coverage. I’m just in the living room sitting on the floor with the TV droning on in the background, but sitting in solidarity with my thoughts. This presence of mind is refreshing. My current aspiration is to take this fleeting time and break from the outside pressures in hopes that I might continue to better discern what’s me from what’s outside influence. Even a few minutes into the future I may be in the bathroom scrolling through Twitter or grabbing a drink from the fridge between text messages.

Social norms aren’t new. The thing that’s new (relative to the existence of humans), is the unceasing pressure of influence. I’m not here to preach on the merits of social media, or being always online one way or the other. But, we are undoubtedly influenced by these droning cycles of content.

In the midst of these droning cycles of content we find additional reminders of societal norms. People post on their feeds a filter of their real life whether they’re #nofilter or not. When I see a friend standing next to an empty lot with a sold sign, I’m happy for them…for about 0.001 seconds. Then, I’m reminded that I don’t own a home. At this point in my life, I’ve made a conscious decision for that to be the case, but I still feel the pull of society to get our family relocated into a free standing structure with four walls and a roof, made out of drywall (I guess?) and maybe some bricks.

The option of having motions to go through isn’t strictly speaking a bad thing.

Social norms aren’t objectively bad. They provide structure or a guide for how to forge ahead in life. We needn’t re-invent the wheel with our life. The option of having motions to go through isn’t strictly speaking a bad thing. This isn’t a piece to deplore anyone to deviate from these norms in any large way. The problem is when we succumb to the pressures of these things and feel we must go through the motions. When we feel that if we stray off the beaten path and become susceptible to judgment from the outside, not to mention judgement from within.

We are all in this quagmire of sameness, attempting to live the ideal version of life. It would make Plato happy. Plato believed that every tree is an imperfect version of the tree, the perfect, ideal tree. If I didn’t know better, I’d guess that there was this ideal life experience to live and that everyone was constantly vigilant in not straying from their perception of what that life is and living to that example.

Piglet says the things that make me different are the things that make me me (yes, I went from Plato to Piglet). When we develop, we start as unabashed creatures full of curiosity and a capacity for wonder. Then, we start school and are measured against our ability to memorize and recall information that’s spoon fed to us. School’s not designed for us to question why we learn what we learn, how the curriculum could be improved or to think differently… all tests are the same. And the culmination of it all is standardized testing. At the same time we’re told through our adolescence that we should all aspire to be doctors. This makes sense as doctors are the gold standard for memorizing information that’s spoon fed to them. Society doesn’t pressure us to be doctors because doctors are paragons of knowledge and intellect. Doctors are the best at doing what school taught us to do, no wonder it takes extra schooling to become a doctor!

This isn’t to rail against education or to proclaim that doctors are bad. A lot of things are broken. Sometimes memorization is enough. Sometimes sameness is okay. If we all turned 5 and had to meander through the next 15 years with no relative sense of certainty around the steps to a career, I think that would be problematic. Standardization and uniformity have their place.

What’s sad is that once we turn 22 and graduate from university is that we all struggle to find that path so we can stay on it. Looking for direction from the outside boils life experience after college to essentially just the following:

In that order, on repeat. If you’re feeling crazy there might be a brief period of travel around of between some of those steps.

If we’re lucky we get a job where we’re able to support ourselves and move out into the world once we age into adulthood. While we progress through the modern day gauntlet we inundate ourselves with social media feeds. We relentlessly compare ourselves to our peers so much that we reinforce all the sameness I was talking about at the top. We develop anxieties when we perceive that we’re deviating from the norm. Not because we’re unhappy but because we’re told we should be unhappy. I’ve seen enough rushes of friends getting married at 25 and 30 to know that the pressure is a real enough thing (Getting married at 27 is okay, too).

Now to bring it home with a relatively trivial-seeming personal example!

18 months ago and living two miles away from my office, I decided to get a motorized scooter to go to work. I trialed the route with some of the rentals (before the pandemic forced them to withdraw their business and we were forced into our homes and away from the office). Riding that thing to work and wearing a helmet you’d think I had a second head. Cars honked at me. Pedestrians eyed me. Cyclists didn’t know what to do with me. I even had someone tell me that I should be walking because it’s healthier (healthier than walking to the office in 100F heat, sure, but the actual alternative in this instance is driving my car to work…so, not all that healthier.). I really enjoy riding my scooter to work. It’s faster (accounting for traffic and lights), I feel a fresh air on my face and I get to stretch my legs a little bit before I get into the office.

Embracing my scooter, my colorful socks and being a little more personable at work than we’re supposed to be has made me a happier person. It was hard at first, but after leaning into the discomfort of being a smidge different and stepping forward with these gateway drugs to feeling comfortable in my own skin, I’m finding myself consistently coming more into my own, worrying less about societal norms and generally more happy. I don’t know the secret to being fulfilled, but I feel a little bit closer after implementing this small change of thoughts and behavior. And, a small change extrapolated over a long period of time can make a big difference.

In summary, I’m not that weird. I got married at 26. I’m 31 with a dog. I drive my scooter to work. And I choose to have fun at the workplace. I don’t wear a chicken suit (but if that’s your thing then no judgement here) and I’m not aspiring to be Luna Lovegood (love Luna!),but…

Looking at the norms, I’m just about 10% different and that 10% has made all the difference.

…now to return to the sea of content and a new episode of Bridgerton.